Learn the Arabic Alphabet with the Alefba Book (Vol. 0) from ALPS Beirut

We’d like to introduce you to the first book in our Spoken Lebanese curriculum Lebneini w 2aktar©.  Alefba (Vol. 0) teaches you how to pronounce and write the Arabic alphabet. We’d like to share with you a few things we do different in this book:

1. The book teaches the alphabet in Modern Standard Arabic AND the Lebanese Dialect.

This way you’ll see how the Lebanese pronunciation of the Arabic letters differs from Modern Standard Arabic and you can use this knowledge wherever and however you use Arabic in the future. If you have MSA experience, going through this book can help your transition to speaking Lebanese.

Notice in this example, not only are you learning how to write the words in handwritten script (not like a computer) but you are also seeing how the pronunciation of these words differs in Modern Standard Arabic and Spoken Lebanese Arabic.

Compared to the other Arabic dialects, Spoken Lebanese is the softest and has fewer sounds that are “harsh” or difficult for non-native speakers to pronounce. 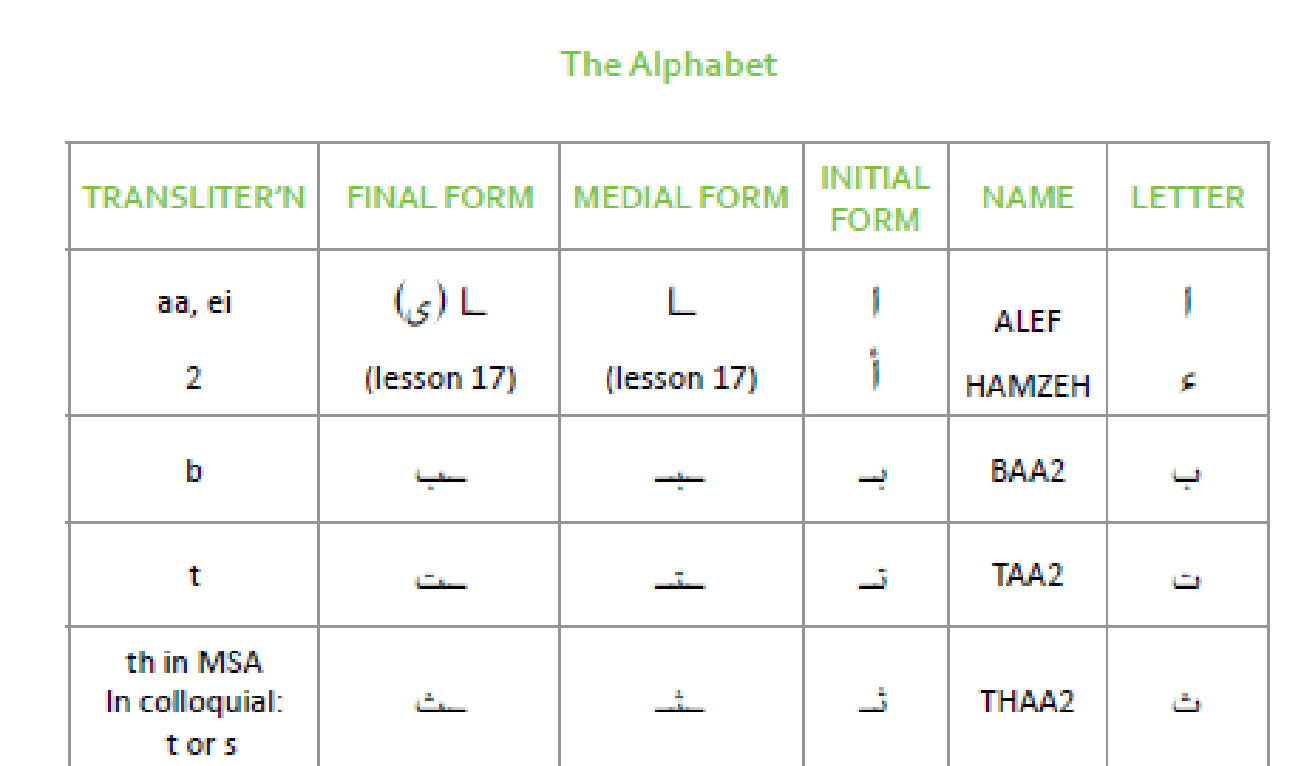 Notice that THAA2 is pronounced th in MSA, but in spoken Lebanese it is usually a t or s sound.

2. The book teaches you 3ayn and ع

You’ll become comfortable with the phonetic alphabet and be able to send whatsapps and SMS messages easier.

tfaDDal is a word that is hard to translate, but you’ll hear it a lot from friendly Lebanese.

Why do we teach the Arabic script with the spoken dialect?

It is important to learn the Arabic script if you want to spend time in the Middle East. Even though Spoken Lebanese vocabulary differs from MSA, it’s helpful to be able to read street signs and have a foundation that you can build your future studies on.

Knowing the Arabic script also helps you see patterns in the language, learn new vocabulary and build verbs faster. It will also help you see the differences between many of the letters that seem to be pronounced the same.  In Arabic, we have many letters that initially sound the same to new students , such as siin (س) and Saad (ص) but actually, these letters are not alike, and affect the way we pronounce the vowels around the letter. So it is important to easily recognize the different letters that make up Arabic words if we want to speak the dialect fluently.

Because of these reasons, the ALPS Beirut Arabic books transition from the phonetic alphabet and transitions to exclusively using the Arabic script. Knowing the alphabet is also important if you want to study other books in the Spoken Lebanese curriculum. 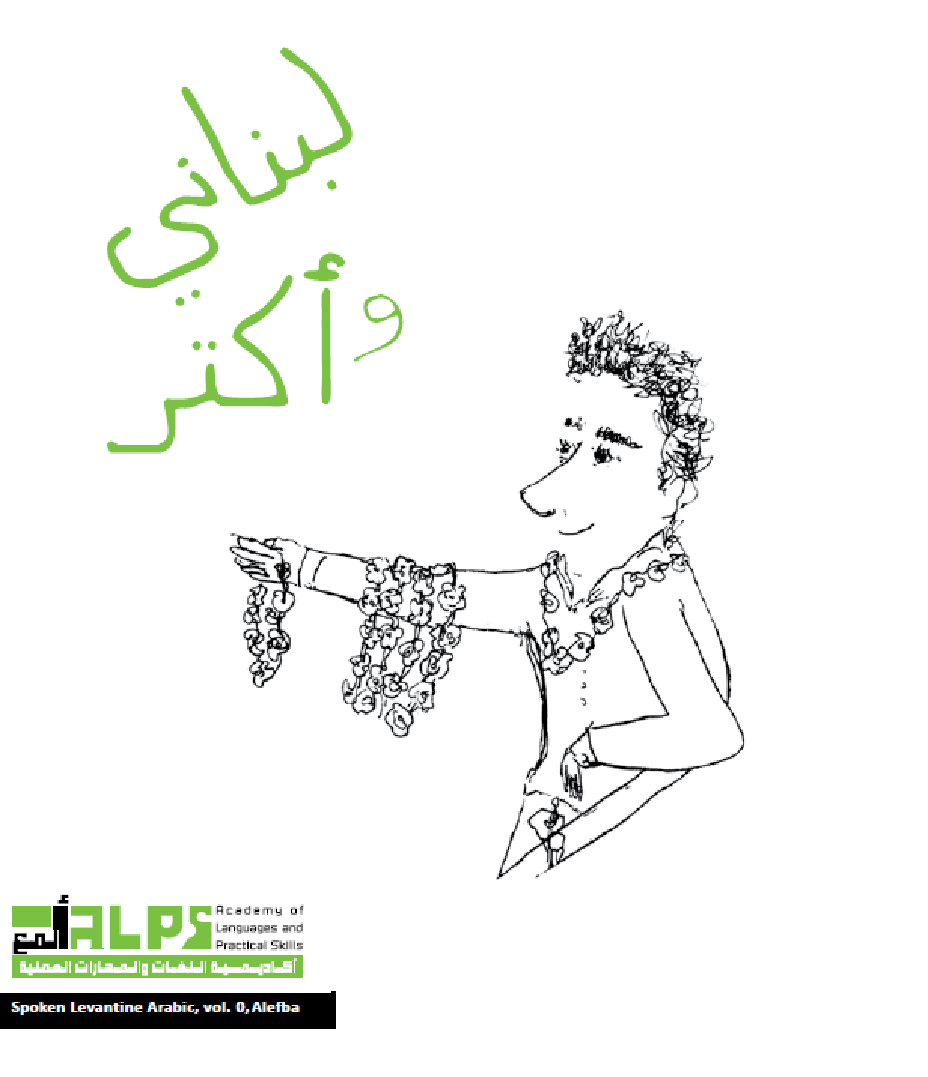 <label> When would you like to begin? (required)
[text* your-when] </label>

<label> How do you want to use your Arabic in the future?
[text your-future] </label>

<label> Have you studied the Spoken Levantine Dialect before? If so, to what extent?
[text your-Spoken] </label>

<label> Have you studied Modern Standard Arabic before? If so, to what extent?
[text your-Modern] </label>